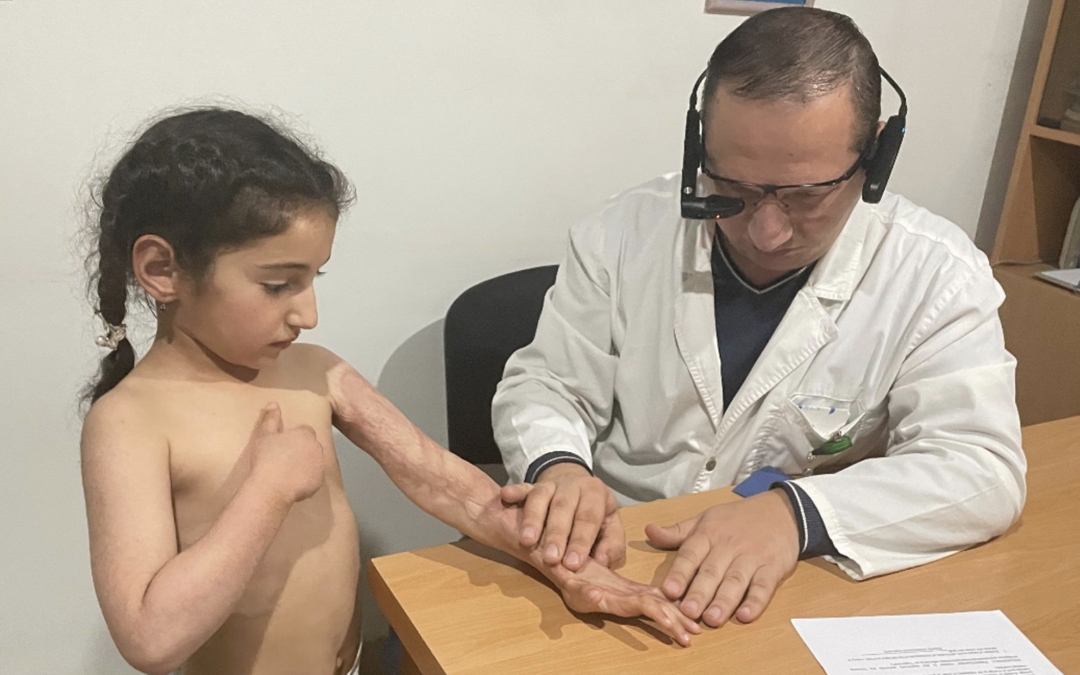 Did you know that more than 5 billion people lack access to surgical care, especially in developing countries? In fact, according to a report from The Lancet Commission on Global Surgery, “inadequate access to global surgery kills nearly 17 million people each year, more than the total deaths from HIV, tuberculosis, and malaria combined”.

The problem of mass shortage in trained surgeons is striking; for example, in Mozambique there are only 3 reconstructive surgeons for a population of over 22 million. The work Ohana One does is critical to improving and extending surgical care and training around the globe.

We’d like to tell you about a young girl two Ohana One surgeons helped. Tanya is an 8-year old girl from Armenia who had burns over most of the left half of her body. She was burned in her home when the gas boiler exploded (an all too common event in some parts of the world).

The surgery she needed was complex, and there were no surgeons nearby who could operate on her. That changed when Ohana One donated smart glasses to Armenian plastic surgeon, Dr. Artur Harutyunyan, and provided remote software to his volunteer mentor, Dr. Andre Panossian, in Los Angeles.

Because Dr. Harutyunyan wore the smart glasses while operating and using the software, Dr. Panossian could see what he saw in real time, and they could operate on Tanya “together”! In another few months, with more training like this, Dr. Harutyunyan will be training his fellow surgeons in Armenia on the techniques he learned.

Thanks to the Ohana One Surgical Sight Program, Tanya is also much more confident. She has started going to school again, she is playing with friends, and she is walking freely. She has regained critical movement in her left hand and is in much less pain. With Tanya back in school, her future is bright and includes a path to self-sufficiency.

Please join our Ohana to close this surgical gap and make sure children like Tanya always have a surgeon nearby who is trained and ready to help them lead normal healthy lives.